Christmas 2014 will be remembered as a proud time for Sheared.

Since I first started Sheared I’ve received some lovely endorsements but none that filled me with such pride as my most recent request.

I was talking with World and Olympic Champion Paracyclist Mark Rohan a couple of weeks ago. He was admiring the latest design for my satchel and asked about one for himself. He suggested that it would be ideal for him when travelling and attending college.

One thing lead to another and we got to discussing the logistics of the bag and how it would attach to his wheelchair. It was a very interesting project for me and handing the completed bag to Mark gave me a great sense of satisfaction.

I always try to infuse the bags with a sense of connection to Ireland but also a cosiness and sturdiness to make them practical and nice to hold and use. This time there were the extra challenges of attaching it to Mark’s chair, while being sturdy enough for his usage and also being accessible to him. 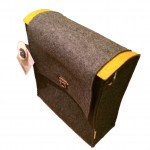 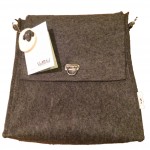 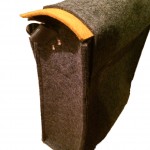